Last week, the Students’ Union ran the #TextbookBrokeAB campaign to raise awareness of the high cost of post-secondary textbooks in Alberta. Standing directly outside the bookstore to talk to students that just dropped hundreds of dollars is bold and arguably one of the more affirmative approaches taken by student leaders on the issue. Previously the issue of the cost of textbooks had been only mentioned in campaign promises and discussed without much controversy.

This campaign is part of a greater approach to implement Open Educational Resources, which are free online textbooks that are widely used in other provinces.

OER are a fine solution for those of us that have purchased a $300 textbook for a total of 10 pages of reading and only sold it back to the bookstore for less than a fraction of the cost. But the problem is bigger than that.

We shouldn’t have to hold the receipt of our outrageously expensive books and tell everyone what other essentials we, as poor students, could have purchased with that amount of money. Instead, professors and publishers should reconsider the material they’re forcing us to buy.

When health services like EpiPen raise their prices, they are condemned for making profits off a product that saves lives. Education may not save lives in the same sense, but it could make one significantly better. And those that need education most are the often ones who have to struggle the hardest to obtain it. While these two cases aren’t completely analogous, publishers should also be condemned for exploiting students who have no choice but to purchase their products.

This isn’t to say scholars and researches shouldn’t be compensated for their work, but that compensation shouldn’t be at the expense of students. We already pay our share through tuition and mandatory non-instructional fees.

We very effectively could force the textbook market to change via our actions. But in order to stop textbooks from becoming a profit trap at the expense of students, we need more help.

Can the same information be found elsewhere? Is a new edition of practically the same book truly necessary for the course? Or is the online resource that only comes with the newest edition of the book actually required for a complete comprehension of the course material? Maybe if professors did not assign a new edition every year, publishers would not be incentivized to continue producing a shiny version of the same material for triple the cost. If the course content hasn’t changed in the past 15 years, neither should our textbooks. And if publishers are forced to compete with used textbooks, maybe the prices of new ones would be lowered, or there would be some actual changes in each new edition.

Besides, it promotes a shamefully wasteful culture to have copies of books thrown out each year and never used again. If we want to be a campus renowned for our commitment to sustainability, we should start with simpler things like paper and plastic before we build any more shiny, energy efficient buildings.

Most professors often mention other resources like library books and online articles in their outlines, but actually making them the norm over assigning the newest edition of textbooks for classes that can survive without is a far less complex solution.

How the market treats textbooks is a sad irony to the “sustainable,” “free market” and “basic rights” values we hope to teach and learn in higher-education.

We should demand that more be done by our institutions and governments to address this problem. But if we can’t effectively lower textbook prices to a reasonable level, maybe we as students and apparently consumers, should just boycott the damn thing and show that the sixth instead of the seventh edition will do just fine. 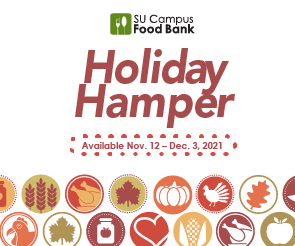